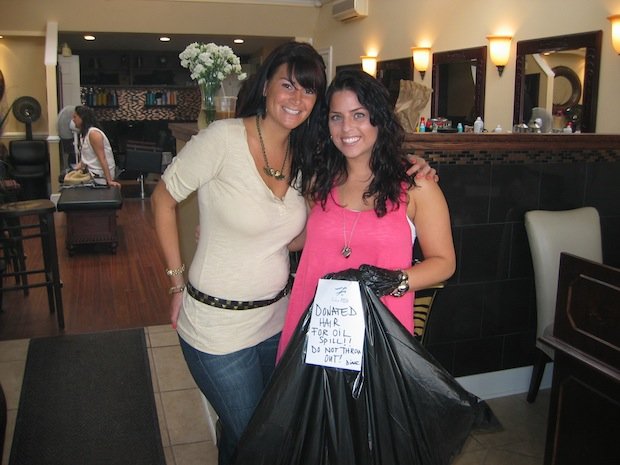 Organizing a Student Project When the Issue is Current and Overwhelming

The week after the BP Oil spill in April 2010, the spring session for the HEART Club at Mamaroneck Avenue Elementary School was starting. The 5th grade students had spent the fall session of the HEART Club tackling issues like child labor, puppy mills and pollution. They had learned how to investigate an issue and then how to take action to try and help create solutions. They had put together petitions and donation drives and created educational posters. They were ready to take on the world.

However, that first week back, the students all looked a bit overwhelmed at the thought of the oil spill. And rightfully so. Oil was pumping into the ocean by the barrel and showed no signs of stopping. They had all seen the pictures of turtles, birds and fish consumed by brown and black oil in the news. Our educator Ali Berman had to tell them that, as of that moment, experts had no idea how to stop the heavy flow and save the millions of affected wildlife. They wondered, what could a group of ten year olds do to combat that kind of devastation?

The first thing to do was discuss the problem like they had discussed so many others. They talked about their feelings, their anger at the people involved for letting this happen, their sadness for the animals, and then came the really important part. They brainstormed ideas that could perhaps make a difference.

After a little bit of research, the club discovered an organization that was collecting discarded human hair and animal fur to create boons to soak up the oil. Clean up efforts were still being organized, and no one knew exactly how to proceed, but this seemed like something concrete they could do to help.

Ali researched hair salons and dog groomers in the area while the students wrote out scripts to read on the phone. They were nervous to speak to adults about their collection project, so they practiced with partners. Then, taking turns, they all supported one another when their time came to call a local business to ask for help.

The hard work paid off. Multiple salons and groomers in the area agreed to save their discarded hair to send south. Some salons were already a part of the program. The students in the club were excited that their activity would not only help wildlife, but was also a form of recycling. They were taking advantage of fur and hair that would normally just be tossed in the garbage and using it to clean up the spill. (In the picture above, the owner of Posh Salon is giving HEART the hair they collected.)

The BP oil spill is just one example of an overwhelming current event. We could just as easily be talking about the earthquake in Haiti or the tsunami in Japan. When we wake up one morning to discover that the world is in immediate danger, we can feel stuck and unsure of how to help. That’s how these students felt right up until the time when they started thinking about real actions they could take to make a difference. They then let their emotions fuel their campaign to clean up the spill, even while it was still happening. They chose to not let the enormity of the problem paralyze them, but instead to move forward for the good of everyone.

These 5th graders chose one direction, but they could just as easily have decided to raise funds for a wildlife rehabilitation center or some other service to help with the spill. As educators, it’s vital that we help students realize that they have the power to make positive change by helping them create concrete real world solutions to the problems they face. Whether it’s for something large like the BP oil spill, or something small like picking up trash, their actions matter to the world. And that’s the message they will carry with them long after the leave elementary school.

Tweet
Share
Pin it
Previous StoryWelcome to the HEART Blog Next StoryBook Recommendation: The Power and Promise of Humane Education