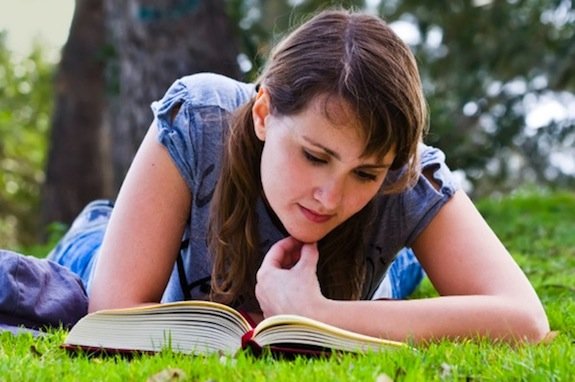 As the languid days of summer approach and the art of lingering returns, the mind wants its own long, restorative drinks of lemonade. The beach, the bench, the lawn, the hammock – suddenly new reading rooms open themselves and allow the space to reconnect with great minds whose writing brings the tender wounding that inspires compassion. Here is a collection of books that are at once sobering and heartening, and because of this, leave their readers with the responsibility of action. All three books can be excerpted into the humane education classroom, but they also provide the broader factual platforms that give teachers (or any concerned citizens) an edifying background.

Garbology: Our Dirty Love Affair with Trash (2012), by Edward Humes

This book offers the kinds of shocking statistics you would expect: Americans produce somewhere around 102 tons of garbage in their lifetimes – each, about 7 pounds per person, per day; the highest point in Delaware was said to be at the top of a landfill; “Garbage Mountain” in Los Angeles is such a large operation that remote-control drone airplanes fly around it to “buzz” the convening seagulls. But this book offers more than a bludgeoning of stats or a castigation of litterbugs – its perspective is wide enough to question the economic machine that has brought us to this point of consumption. Yes, it will raise the ire of anyone who cares about open space, water quality, and poorer communities that inherit richer people’s trash. Yet, as the Pulitzer Prize-winning Humes weaves his narrative around history lessons, “upcylers,” who make new things from trash, and a family whose entire yearly waste can fit in a Mason jar, the grumbles turn into important questions: How can we climb out of this waste stream? How can my behavior influence others? Why can’t all communities recycle like San Francisco? As such, this book offers great fodder for classroom thinking.

Eaarth: Making a Life on a Tough New Planet (2010), by Bill McKibben

There is no getting around the stark thesis of this book: “The earth that we knew – the only earth that we ever knew – is gone.” We may as well call our new planet “Eaarth,” McKibben says. A dozen books after his 1989 The End of Nature, one of the earliest proclamations of global warming, he strings anecdotes of fierce typhoons and hurricanes, acidification of oceans, raging forest fires, and summons a call to action.

If you can weather the sobering planetary diagnosis McKibben and his retinue of research lays bare, and you can contend with the denialists – “44 percent of Americans believe that global warming comes from ‘long-term planetary trends’ and not the pumps at the Exxon station” – you will get to the tender directive of this book. Living on this new planet, he says, will take far more than using cloth bags and carpooling; it requires a whole new conception of daily life that involves less consumption and more reliance upon communities. More than the sum of its bleakness, Eaarth offers vital solutions. McKibben, who has seen so much of the world though his political action group, 350.org, sees a world beyond the shipping and packaging of industrialism. He sees the resurgence of local communities, the library concept extended to things like cars and tools, and the return to simple living. For both its truth and creative optimism, it’s a worthy 270 pages of time.

In 1983, T. Colin Campbell, with his fellow researchers at Cornell University, and teams from the Chinese Academy of Preventive Medicine, and the University of Oxford, began a long-term project that surveyed over 10,000 adults representing 2,500 counties across rural China and Taiwan. With the detail to honor the scope of this research, yet the accessible language that makes this one of the best-selling health books of all time, Dr. Campbell and his son lay out the results of this study.

Briefly, they reveal the startling connections between consumption of animal-based proteins and cancer, diabetes, autoimmune diseases, heart disease, obesity, osteoporosis, and degenerative brain disease. This is not a fleeting paean to veganism, in the template of other popular diet books: Dr. Campbell refuses to accept any finding without studying it in his lab and seeing the results. The book is divided in four parts: the first details the nature and results of the China Study itself; the next enumerates the relation of diet and disease; the next is called “The Good Nutrition Guide” and the last section, “Why Haven’t You Heard This Before?” explores the stubborn links between Big Medicine, politics, and the economy. The case for a truly vegetarian lifestyle (he quibbles with “vegetarians” who eat eggs and cheese) is not made ethically here, unless you consider it ethical to be healthy. This book provides the actual answers to so many mysteries of diet that are not talked about enough, and certainly not in schools.