When one thinks of summer, images of beaches, backyards and relaxing vacations come to mind. For HEART campers around NYC, their summers were filled with just as much fun as they spent their sunny days learning about and helping people, animals and the environment.

In early July a group of compassionate youngsters came together for the inaugural Have a HEART – Animal Haven Summer Camp. The Have a HEART campers spent a week volunteering and learning about Animal Haven shelter, as well as a variety of issues facing cats and dogs. The campers even learned what it takes to be a responsible guardian. They practiced training techniques for dogs and learned why we should not declaw our cats. With all of this learning and activism, the campers still found time to spend with the cute and cuddly temporary residents of the shelter. 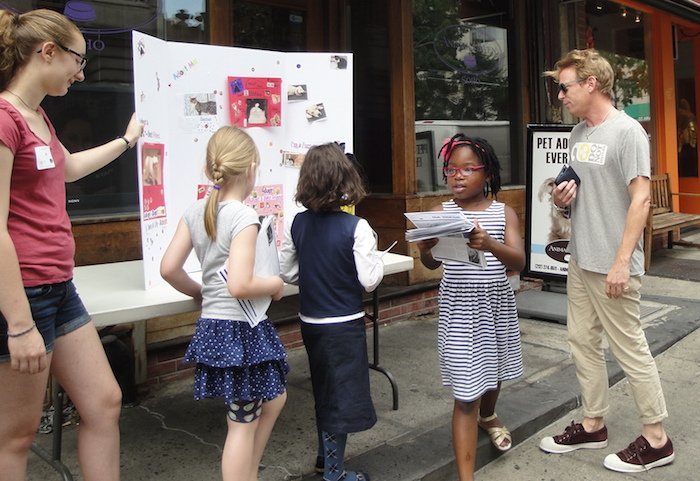 “HEART’s my favorite part of the summer.” This was the sentiment of one of the campers we worked with in the Bronx. As guest instructors, HEART staff has the opportunity to reach a great number of kids throughout the city as we teach the core concepts of humane education: compassion, empathy, responsibility and critical thinking.

HEART was also lucky enough to bring a group of PAL campers in the Bronx to Catskill Animal Sanctuary. Prior to the early August trip the campers learned about the social and emotional lives of farm animals. Cows, goats, pigs, and chickens were introduced to the campers as individuals with personalities, a fact  that many folks never  consider. On the field trip the campers met a wide variety of animals and learned their stories as well as about how many farm animals are treated on factory farms. The trip was a big hit. When campers were asked which animal was their favorite on the farm, one responded by saying, “They are all my favorite!” 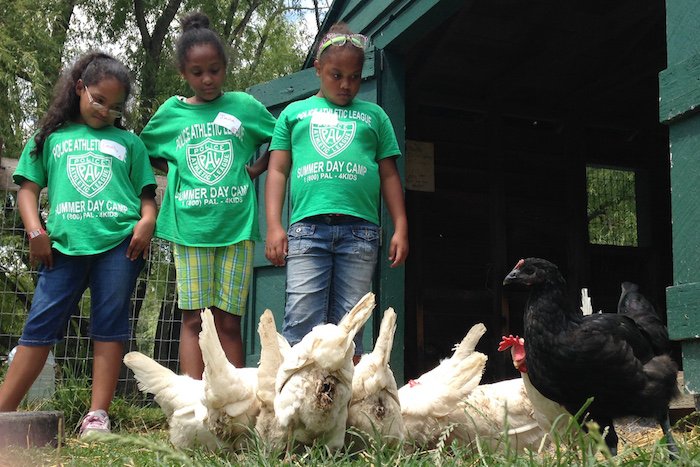 No summer is complete without a few visits to the library. But HEART instructors weren’t catching up on any beach reads. They were spreading the humane education message and working with library patrons in neighborhoods across the city. For the kids in attendance, they learned about companion animals, wild animals, farm animals and how to take care of the planet. These humane kids gained skills, knowledge and experience in volunteering. They made toys for animals in shelters, learned about the lives of farm animals, and decorated their very own canvas bags to use instead of environmentally problematic plastic bags.

It was a busy summer for HEART in New York City but humane education never takes a vacation and spreading the word about compassion, empathy and responsibility is a 365 day a year job!”