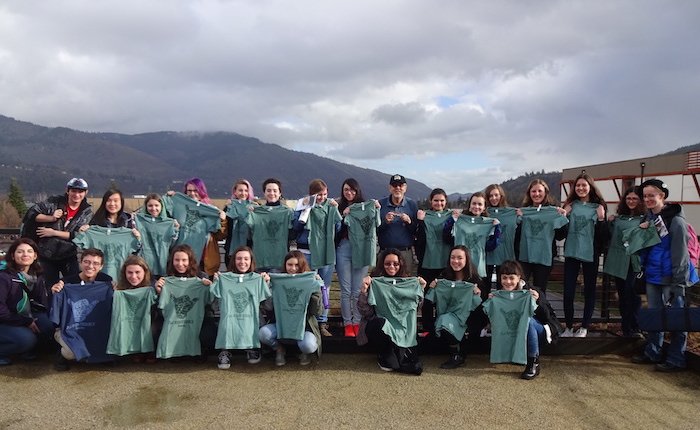 A Trip to Tofurky

Hood River, a small town about an hour east of Portland, Oregon, is home to a very special place, a place where respect for the environment and compassion for animals, human and non-human alike, emanates both freely and purposefully. This place sits quietly on a glittering river, overlooking the vast beauty of wondrous nature that begs to be preserved. People, with smiling, welcoming faces, who believe in the power of kindness combined with innovation hurriedly walk its halls, ready to tackle another day of positive change-making. Simply put, a magical energy exists here. This place is Tofurky.

Gathering together on a recent rainy morning, members of the Franklin High Animal Rights and Cleveland High Animal Advocacy clubs, as well as students from the Franklin Earth Sciences class in Portland, set out for a day-long journey to Tofurky to learn more about the company and the man who started it, Seth Tibbott. Full of excited, curious, and motivated change-makers, the school bus rolled towards Tofurky, a hugely successful company that produces plant-based meat alternatives. The students knew they were in for an interesting day of surprises, but upon arrival, a double rainbow shone brightly in the sky, a sign that this was about to be a truly unforgettable and inspiring experience.

Students were greeted by the founder, Seth Tibbott, Tofurky employee Matt Charette. After a short introduction and explanation of the day’s events, students were divided into two groups, taking turns touring the astounding facility and attending an illuminating presentation by Tibbott on the origins of this cutting-edge and ethically sound company. One of only two food processing facilities in the country to boast an LEED (Leadership in Energy and Environmental Design) Platinum Certification, the Tofurky facility is an amazing testament to sustainable business and manufacturing. As students toured the building, they learned first-hand about how to harvest rainwater for use in toilets and septic systems and how to generate enough solar power for an entire building with plenty leftover for an electric car-charging station. They strode over soft carpet in the marketing department made entirely from recycled fibers and ran their hands over smooth conference tables born out of fallen trees.

While one group of students toured the incredible facility, the other learned about the man who started Tofurky and his journey as the creator of this now very well-known product line. Tibbott, using humor and with an inviting air of modesty, explained the beginnings of Tofurky, discussed the trials and tribulations associated with developing a company committed to ethical, sustainable food production, and revealed some of his secrets to success. Throughout his presentation, with motivating enthusiasm, Tibbott encouraged the students to believe in themselves, their ability to innovate and create a better world, not just for themselves, but for future generations, as well. 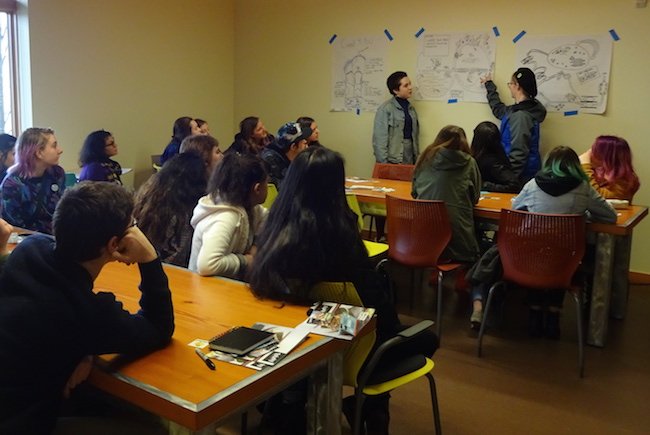 Following the tour and presentation, students were invited to participate in a wonderfully imaginative activity, the creation of a put-put course that Tibbott may ultimately build on the roof of the facility. After breaking the entire group up into three different teams – each focusing on the meat industry’s impact to the environment, animals, or human health – Tibbott asked students to construct a miniature golf course that effectively conveys the harms associated with animal agriculture. With a mere 50 minutes to brainstorm, plan, and construct a draft of their courses, students were put to the test and up for the challenge. The room was abuzz as everyone discussed the environmental ramifications of industrialized animal agriculture, the human health ailments associated with meat, egg, and dairy consumption, and the inherent cruelty of factory farming. Having identified the various components of these problems, students created stunningly innovative put-put course blueprints that would effectively yet entertainingly educate a would-be golfer about these pressing and timely issues. When the “stop” bell rang, students hung their drafts on the wall, and members from each team took turns presenting their work. Without a doubt, each course was equally impressive – so much so, that while Tibbott had originally announced that the winning team would receive a prize, judges were simply unable to choose a victor. As a result, everyone was rewarded with an eco-friendly, fair trade, Tofurky shirt, emblazoned with the words “Eat Righteously”.

After all of this excitement, the students had worked up an appetite and were ready for a lunch of – what else? Tofurky! For a few brief moments, the room went quiet as everyone happily feasted on deli slice sandwiches and “pepperoni” pockets, delighting in the deliciousness of the food and reveling in the fact that no one was harmed in the making of their meals. Following lunch, it seemed the only thing left to do was commemorate this truly magical day with a few photographs. Students excitedly posed with Tibbott, anxious to show pictures to friends and family later that day. After a short trip up to the roof for one big group photo, the day felt complete.

With full bellies and happy hearts, the students collected their Tofurky temporary tattoos, buttons, and coupons, thanked their generous hosts once more, and filed onto the homeward bound bus. Winding through the majestic Colombia River Gorge, the school bus rang with laughter and excitement. More passionate and inspired than ever, the students shared ideas for club events, exchanged volunteer opportunities, and bounced fundraising suggestions off one another like tennis balls. The momentum was palpable, and the air was full of gloriously empowered energy. Simply put, it was a wonderful day. 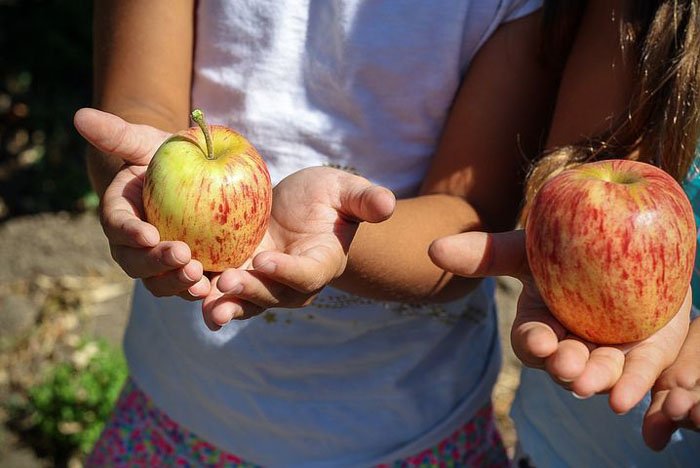 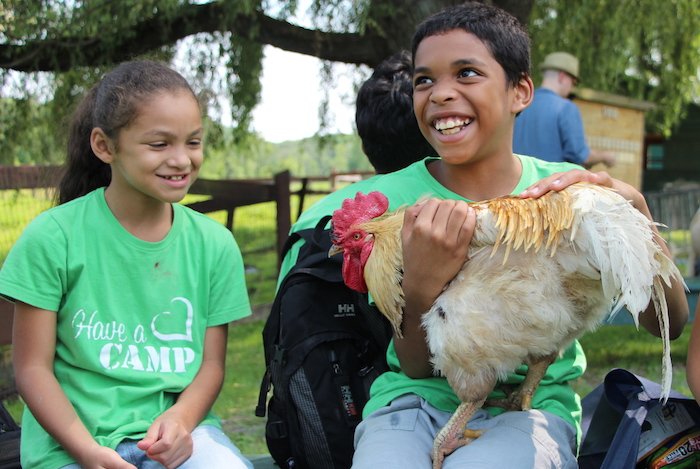