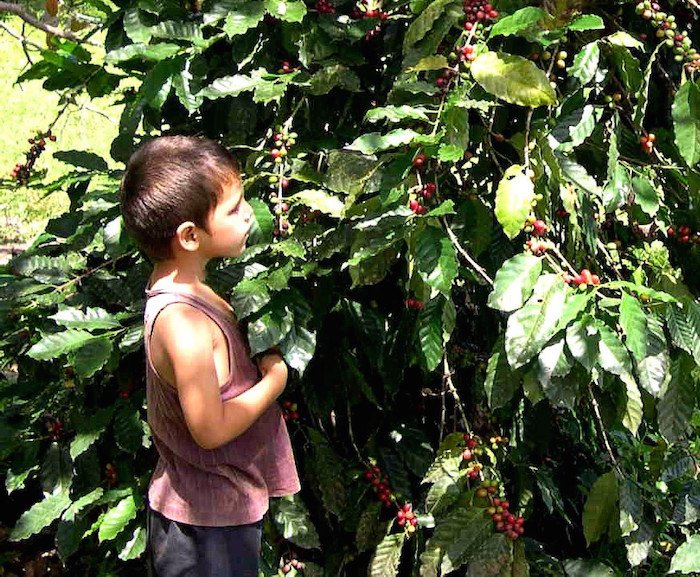 HEART has partnered with Collegio San Carlo, a high school in Milan, Italy for the past several years teaching a human rights elective via computer. Last spring was the first time we included a social media service project as a means of observing International Human Rights Day.* This past spring we taught another group of self-selected high school students to do the same. The students chose an issue they were concerned about and as a group they agreed on the issue of child labor.

The students from the class, with the help of their teacher, Virginia Dodi, are taking over HEART’s social media on Monday December 5th from 2 a.m. – 9 a.m. EST
(8 a.m. to 3 p.m. CET) to share what they learned and how they feel about the issue. The blog below represents their research, thoughts and opinions on the issue. We thank the high school students in Ms. Dodi’s class for their hard work and effort in standing up and speaking out on an issue that they care about.

Child Labor Around the World

Child Labor – Asia: Iqbal Masih was born in Pakistan on April 16 in the early 1980s. Thanks to his courage, his will power and his activism for human rights he became a symbol against abusive child labor. Iqbal’s family was so poor that his parents could not afford to feed the entire family. When he was four years old they took a loan out from a local businessman for 600 rupees (less than $6.00), the only way for a family that poor to get any money. In exchange, Iqbal was sold into bondage to work 12 hours a day, seven days a week, until the debt was paid. At work he had only had a half hour break, was bound with chains to prevent escaping and was paid $0.03 a day for the loan. But Iqbal, and other child laborers, are never able to earn enough to pay their debt because unjust fees are always added to what they owe the factory owners. At the age of 10 Iqbal discovered that the Supreme Court of Pakistan had declared bonded labor an illegal practice. He tried to escape but the police brought him back to Arshad, his “owner.” Iqbal escaped a second time and managed to reach the Bonded Labor Liberation Front (BLLF) School for former child slaves and gained his freedom. As part of Iqbal’s efforts against bonded labor, he helped to free more than 3,000 Pakistani children and gave speeches all over the world to make people aware of the situation. In 1994 he received the Reebok Human Rights Award. Tragically, Iqbal died in Pakistan in 1995 after being shot. There is much speculation about his death and whether or not he was targeted for speaking out again child labor.

Child Labor – Africa: In the Ivory Coast, cocoa represents 60% of the revenue from exports. As chocolate industries have become more competitive over the years, so has the demand for cheap cocoa. Journalists reported that these farmers earn less than $2 a day. As a result, they often resort to the use of child labor to keep their prices competitive. The majority of the children of Western Africa live in extreme poverty. In order to help their families they start working at a young age. Some children work on the cocoa farms because the traffickers convince them that they will earn good wages. Others are sold by their families who are not aware of the conditions under which they will work. Traffickers also “buy” children from other countries including Mali and Burkina Faso, two of the world’s poorest countries. Sadly, many of these children not only suffer terribly, but they are often used as slaves. The reports say that the average age of the children is from 12 to 16 years old, but there are even some youth working as young as 5. Their work day starts at six in the morning and ends in the late evening. Some children have to use a machete to cut the cocoa, thus violating international labor laws and the Convention on the Rights of the Child which includes “the prohibition and immediate action for the elimination of the worst forms of child labor.” The cut bean pods are gathered in sacks weighing more than 100 pounds, which the children have to carry. Aly Diabate, a former cocoa slave, said, “Some of the bags were taller than me. It took two people to put the bag on my head. And when you didn’t hurry, you were beaten.” The children are also exposed to agricultural chemicals of the farms. In Ghana children have to spray chemicals around the farms, without wearing the appropriate protective clothing. An average of 40% of child laborers do not attend school, violating the ILO child labor standards. This makes it almost impossible for child slaves to escape the cycle of poverty and live a free and prosperous future.

Child Labor – South America: While child labor has declined substantially in Latin America in recent years, there are still 12.5 million working children between 5 – 17 years old. The majority of them are obligated to work in agriculture, but others work in even higher-risk sectors. The worst forms of child labor are commercial sexual exploitation, trafficking of children for labor, and the use of children in armed conflict and in the drug trade. These forms of child labor present particular challenges because they involve hidden criminal activities that are difficult to tackle. They also pose particular risks to girls, who are often more vulnerable due to prevalent cultural and social patriarchal norms. IPEC (The International Program on the Elimination of Child Labor) is working to develop intervention models to address these problems. They want to ensure that adequate legal frameworks are in place and national capacities are strengthened to enforce them. In 2015, 8 of the 26 countries covered in the region received an assessment of Significant Advancement: Argentina, Brazil, Chile, Costa Rica, Guatemala, Panama, Paraguay, and Peru. The region continued to enlarge national policy structure to implement social programs to address child labor that combine antipoverty and educational measures; and increase efforts to combat child labor in domestic work. Despite these efforts, the countries did not have laws adequately prohibiting hazardous work and did not allocate sufficient resources to the enforcement of child labor laws.

Child Labor – Europe: There is a lot of evidence and examples of child labor happening in many countries throughout Europe. Children are exploited in agriculture, construction, small factories and on the street. In Bulgaria child labor is very common in the tobacco industry, where many children work 10 hours a day. There is a strong link between declining economic growth and increasing child labor. As unemployment increases, many families have found no other solution than sending their children to work. What should be done? Governments urgently need to pay attention to the problem of child labor, through investigations and collecting data. What future awaits these children? Limited attention is being paid to the risks of child labor in Europe. In many countries, people are aware of this problem, but do not know what to do to help end it. Concrete measures must be taken. We need to act now for the future of our children and our communities.

Child Labor – North America: When thinking of North America, one usually pictures equality, justice and progress. But like everything else, there’s always another side to everything. We like to think that development is achieved by every single producer using legal means, respecting the law and protecting basic human rights. But that is not always the case. The violation of child labor laws is still a problem in certain economic areas such as agriculture. Children work way more hours than they should and perform jobs that are only permitted by adults. Industries turn to children because it is easy to get away with paying them less as they are more vulnerable. This becomes a perfect way to compete with the import of products from low wage nations. They often employ children of migrants, often undocumented, because they can pay them even less, and they are not in a position to protect themselves. But why does this happen? In our opinion, there are many potential reasons. They are the most common causes for child labor everyone, tied to a huge number of other problems that affect people worldwide. And because of those reasons, exploitation of child labor happens. Children half our age are working in dangerous conditions, receive little pay and are denied their rights. For example, in the tobacco fields of the U.S. where almost 800 million pounds of tobacco is produced and grown in about 19 states. The United States is the 4th largest tobacco producer in the world. In 2015, more than 264 billion cigarettes were sold in the U.S., with the price for a pack of 20 cigarettes ranging anywhere from $5 to $10. On average, the tax exercised by the state on that price was 43.8%. This industry and the state is profiting off the backs of children. One girl who started working in the tobacco fields when she was 12 and who has been there for many years described her experience in a recent news article. She has a lot of trouble because of the toxins released by tobacco plants. She feels nauseous and gets headaches due to nicotine poisoning. It happens because her skin is often in contact with tobacco plants, absorbing nicotine. She’s also exposed to heat, pesticides and other dangerous factors. There are a lot of new policies to protect children that have been adopted by tobacco companies, but many companies are not following those policies.

Child Labor – Take Action: If after reading these write ups about child labor happening all around the world by concerned teenagers who want to spread awareness about the problem, consider taking action to do something and make a difference to help. You can write to your legislators and encourage them to create stricter labor laws to protect children and include policies for those laws to be enforced. Be mindful of the products you purchase and research the companies who make them. Learn about where they are manufactured, if child labor is used, and the conditions under which the employees work. Write letters to companies who use child labor, either directly or indirectly, and demand that they employ adults instead and pay them fair wages. Aim to only support companies who develop products in a manner that aligns with your values whenever possible. Consider shopping second hand when possible so that you are not directly supporting the mistreatment of workers and reducing consumption as well. Lastly, donate and support organizations working to end child labor and to free children from exploitation. Check out the Twitter posts related to this campaign to find some organizations you can support. #StopChildLabor #TeenTweets 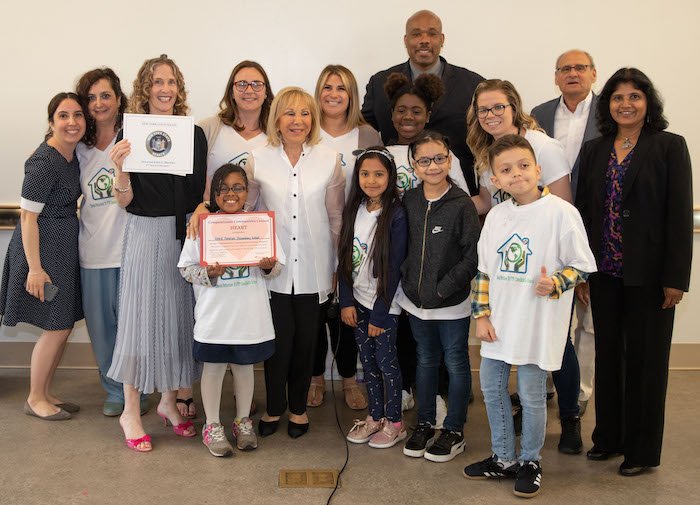