“Awareness-raising” is when a person or group brings attention to a concern or issue with the intent of gaining supporters. It is one of the most basic forms of advocacy because the first step in creating change is to let people know that a problem exists and how they can help. Awareness-raising also connects well to academic skills related to communication, both written and spoken. In this blog, I’ll share some ideas for teaching about awareness-raising in the classroom and how to connect this topic to written and verbal communication skills.

Teach Students What it Means to “Raise Awareness”

A shared vocabulary is necessary to understand and discuss any concept. If we want students to know how to change oppressive systems, they need a relevant vocabulary to describe and understand ways they can take action. That is why I think it is necessary that we teach students words and phrases that are used by advocates and activists like “raising awareness”, “boycotting”, and “lobbying”.

When I explain awareness-raising to students, I’ll first explain it in simple terms by saying, “raising awareness is when we teach people about a problem they might not know about, and this helps because when people know about a problem, they can do something to help.” I’ll then give examples of how people raise awareness, such as giving speeches, writing books or articles, and (students’ favorite) posting on social media.

I’ll also provide students with examples of contemporary and historical figures who have used awareness-raising to address an issue through videos or readings. One of my favorite examples is Frederick Douglass. Douglass was known for traveling throughout the United States and Europe, giving speeches about slavery and inspiring many people to join the abolitionist movement. He also raised awareness by publishing a newspaper and books. There are many educational resources for teaching about the life of Douglass, such as this book.

Student Speeches about a Problem 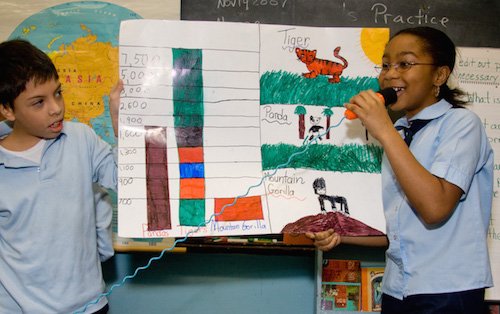 Once students know what it means to raise awareness, they need to practice this form of advocacy, and one simple way is to give speeches about a problem they care about.

To begin the activity, I have students reading about Frederick Douglass, and we discuss what they think made Douglass’s speeches so moving. Many students will bring up how he probably spoke passionately and gave convincing reasons and examples. If students don’t mention it, I’ll bring up how he almost certainly spoke clearly and at a level where people could hear him because if people couldn’t hear what he was saying, they would never have learned from him or been inspired to join the abolitionist movement.

Then, I’ll explain to students that they will have the opportunity to raise awareness about a problem they care about by giving a speech to their classmates. I allow students to choose a contemporary problem they are passionate about and provide graphic organizers to help them write their speeches. Sometimes students struggle to think of a problem, and it is helpful if you teach them about different issues that affect people, animals, and the planet beforehand. However, most students are familiar with problems such as litter, endangered species, and bullying and can speak passionately about these topics. 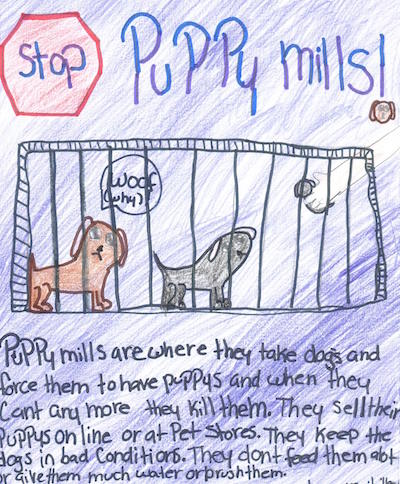 Another way students can practice awareness-raising is by creating posters about a problem and how people can help. For example, after I teach about companion animal homelessness, I explain that, as way of helping dogs and cats, students will create awareness-raising posters that they will display in the hallways of their school and on HEART’s Facebook page.

Then, I’ll tell students that they first need to think of a message that will inform and inspire people to take action to help homeless dogs and cats. I’ll explain that the message on their poster is similar to a focus or thesis statement in expository writing because it is the main point that they are trying to get across to people who are looking at the poster. Next, I’ll draw another comparison to writing an expository text by explaining that they need to add pictures and a short paragraph that supports their message with facts and examples. 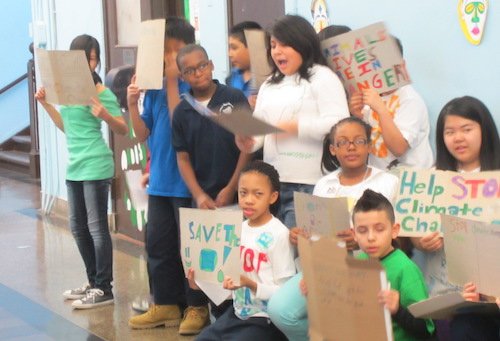 Over the years, I’ve had several classes choose to organize an assembly for their school on a variety of topics. For example, I worked with a group of eighth graders who wanted to organize an assembly in order to educate the younger students at their school about gangs and violence. At the assembly, the students shared speeches and poems about how violence has affected them and their community.

Now that I’ve explained how I’ve incorporated one type of advocacy into the classroom, I’d love to hear about your ideas or experiences. Please share them in the comment section below!