Meena Alagappan is the Executive Director of Humane Education Advocates Reaching Teachers (HEART), a nonprofit public charity that is a full-service humane education provider in the NYC, Chicago, and Indianapolis areas. Prior to joining HEART, Meena was a humane education consultant for Animal Welfare Trust, a private operating foundation. She was also a senior faculty member of Advantage Testing, an academic test preparation company, and an associate at the Manhattan law firm Shea & Gould. Meena is former chair of the animal law committees of the American Bar Association and the New York City Bar. She is a fellow of the American Bar Foundation and serves on the Board of Directors of the Mayor’s Alliance for New York City’s Animals. Meena is the author of “The United States’ Enforcement of the Convention on International Trade in Endangered Species” published in Northwestern University’s Journal of International Law and Business and co-author of “A Note on Pedagogy: Humane Education Making a Difference” published in the Journal of the Institute for Critical Animal Studies. She received her B.A. from Cornell University, J.D. from Northwestern University School of Law, and M.S. in Animals and Public Policy from Tufts University School of Veterinary Medicine.

Nancy Barr is a marketing consultant for HEART with more than 25 years experience in educational marketing and strategic communications for non-profit organizations, international institutions and the media.  Prior to becoming a consultant in 2017, Nancy was Director of Education and Social Change at the International Fund for Animal Welfare, where she worked for 11 years, managing a global team and projects in more than 20 countries. Past positions have included features editor for the United Nations, reporter for Time Magazine and desk editor for CBS News in London. She is also experienced in documentary production, eLearning course authoring, graphic design and website development. She received her B.A. from Williams College and a Masters in International Relations from the University of Southern California. 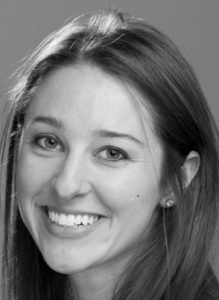 Margaret Edson, Special Projects Coordinator,  received her B.A. from Princeton University, her M.Ed. from Hunter College, and her MPH from Columbia University’s Mailman School of Public Health. Prior to HEART, Margaret was an Investment Associate at the JPB Foundation, a national foundation focused on initiatives that empower those living in poverty and work to enrich our environment.  At the JPB Foundation, Margaret worked with the CIO to invest the Foundation’s $4 billion portfolio. Margaret is a Teach for America alumna, having taught Second Grade in Bushwick, Brooklyn. 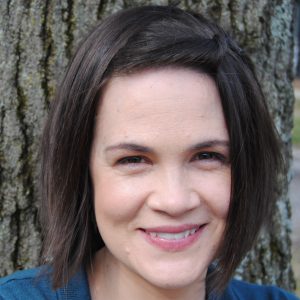 Kristina Hulvershorn, Indianapolis Program Manager, taught in the public school system for six years, specializing in the emotional and behavioral lives of students. She maintains certification as a K-12 learning specialist. Kristina is also Youth Program Director at the Peace Learning Center of Indianapolis, with which HEART has an affiliate relationship.  She earned a B.A. in both General and Special Education, did extensive coursework in nonprofit management and earned a Master’s degree in Humane Education from the Institute for Humane Education. In 2009 Kristina founded The Ethic Project in order to offer holistic and empowering educational services to students in Chicago. She has worked as a leader in Chicago Public Schools, managing groups of fifty educators at a time, problem solving, and creating strategic plans to best provide meaningful educational opportunities in schools.

Kimberly Korona, Senior Program Director, helps plan, manage and lead various program offerings for HEART. She teaches humane education programs for youth of all ages in various venues in school and out of school, assists with curriculum development, conducts teacher training workshops for traditional and non-traditional educators, and manages new volunteers. She also co-designed and taught HEART’s first ever summer camp program. Kim received her B.A. from Goddard College/Green Mountain College and M.Ed. from Cambridge College, in association with the Institute for Humane Education. Prior to joining HEART, Kim worked as a humane educator for the Michigan Humane Society where she taught over 9,000 students in three years. Kim has also been a facilitator for the Institute for Humane Education’s Sowing Seeds and MOGO Workshops. 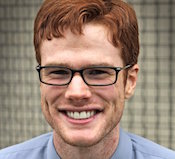 Mickey Kudia, Chicago Program Manager, holds a Master of Education in Humane Education from Valparaiso University and Bachelor of Science in Environmental Communication and Education from University of Illinois Urbana-Champaign. As a humane educator for HEART, Mickey travels to schools throughout Chicago educating young people about animal protection, human rights, and environmental ethics. He has presented workshops on humane education and service learning at conferences across the United States. 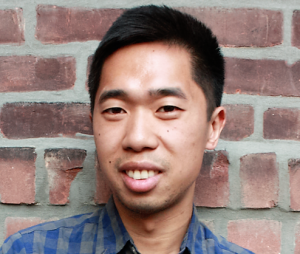 Kyle Liao, Strategic Educational Technology Consultant, holds an M.A. in Instructional Technology from Teachers College, Columbia University and a B.A. in Secondary Education from SUNY Geneseo. Kyle was previously a middle school English teacher in NYC and is now a technology coach in New York City who works with HEART part-time to support initiatives in using educational technology to reach more teachers. His work with HEART includes exploring new technologies such as Virtual Reality, and adapting HEART lessons to new platforms including educational games. 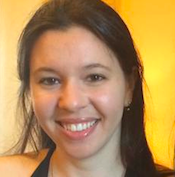 Gail Mayer, Humane Education Instructor, teaches in school and after school humane education programs throughout NYC public schools and other venues, encouraging students to think critically about issues currently facing people, animals, and the planet. She received a B.S. and B.A. from the University of Florida and a M.S. in Human Development and Family Studies from Penn State, where she also worked as a researcher studying parent and child development, and facilitated an evidence-based adolescent substance abuse prevention program. Before joining HEART staff, Gail was a HEART volunteer, worked for The Humane League and volunteered with many animal protection organizations. 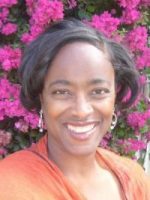 Dana McPhall, California Program Consultant, assists in bringing HEART’s curricula, training and resources to California schools, including the development and implementation of programs in the Los Angeles area. Dana has over 25 years of experience in the nonprofit and government sectors. Early on in her career, Dana worked to protect and to seek justice for low-income women and children exposed to domestic violence and for animals suffering from cruelty and neglect.  She now dedicates herself to promoting humane education in both K-12 and higher education.  In her own community, Dana helps support parents and educators in talking with children about race and racism and other social justice issues and is interested in creating more humane resources for parents. She has also recently joined the faculty of the Institute for Humane Education (IHE) and is helping lead its efforts in integrating racial justice issues more deeply into the field of humane education. Dana received her B.A. and M.P.P. from the University of Michigan, M.Ed. in Humane Education from Valparaiso University/IHE, and J.D. from the University of California, Berkeley, School of Law. 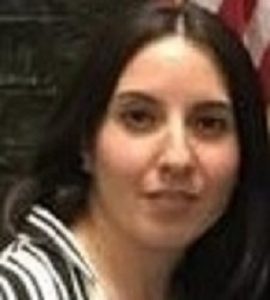 Priscilla Mezrahi, Humane Education Instructor, teaches with HEART on Long Island and helps increase awareness of the humane education mandate in New York State. She holds a B.A. and M.A. in speech-language pathology from St. John’s University. She is a licensed speech-language pathologist who has worked with children and adults in a variety of settings. She is also an adjunct professor for communication sciences and disorders at St. John’s University. Priscilla is a District Leader Volunteer with the Humane Society of the United States (HSUS) helping to advance federal and state animal protection legislative agenda. Prior to joining HEART, she was providing humane education lessons as a district leader volunteer with HSUS.

Jeannie Russell, Service Learning Director, has had over 25 years experience working with children and their families in a wide variety of educational and social service settings. She has a Masters in Education from Bank Street College and a B.A. from Barnard College. She began teaching in special needs pre-school programs, and then helped to pioneer some of the earliest projects in New York City to reach out to homeless children in welfare hotels and in shelters, many of whom were not receiving any educational support at all. She went on to work as Director of Children’s Services for Sanctuary for Families’ domestic violence family shelter, creating and supervising educational, recreational and therapeutic programs for children at all age levels. Before joining HEART, Jeannie served as Director of the Early Impact Family Program, which provides advocacy, family therapy and supportive services to families who have a child in residential care within the foster care system, and young children still in the home. She also worked as Director of Children and Family Programs with the Bronx Ethical Culture Society where she created a comprehensive, multi-age “Ethics For Kids” curriculum.

Bob Schwalb offers humane education programs in Madison, WI area schools. He worked for HEART from 2005-2013 initially serving as their first humane education instructor and later as Chicago Program Director. In addition to teaching students, he developed curriculum, offered teacher training, managed staff and volunteers, and established local advisory and junior boards. Bob also offers mindfulness programs for prison inmates through the Wisconsin Mindfulness Program Initiative, volunteers for Agrace Hospice, and volunteers for Mercy for Animals. He received his B.S. from DeVry University and his M.Ed. from Cambridge College.

Sonny Singh, Humane Education Instructor, developed and teaches HEART’s anti-bullying programs. He was featured in the documentary Article of Faith, which tells the story of his efforts to combat bias-based school bullying, and won the Change Maker Award with the Media that Matters Film Festival in 2011. Sonny has been involved in movements for social and economic justice since he was in high school. Since moving to NYC in 2003, he has worked in the labor movement for the union UNITE HERE, was a Community Organizer at CHAMP the Community HIV/AIDS Mobilization Project, and Community Organizer at the Sikh Coalition. Sonny received his M.Ed. in Social Justice Education from the University of Massachusetts, Amherst in 2003, where he was the Community Development and Programs Coordinator at the Office of ALANA (African, Latino/a, Asian, Native American) Affairs on campus. Sonny received his B.A. in Sociology and Latin American Studies at the University of Arizona. He is also a trumpet player, dhol player, and singer and a member of the New York-based bhangra funk band, Red Baraat. 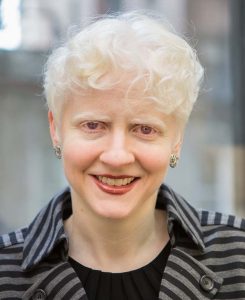 Claire Sterling, Chief Operating Officer, brings over 25 years of experience across the fields of nonprofit management, philanthropy, communications, and animal protection to her role at HEART. Previously, Claire was Director, Grant Strategies at the American Society for the Prevention of Cruelty to Animals (ASPCA), where her efforts were focused on grants evaluation, building alliances with other animal protection funders, and providing training on effective grantseeking. While at the ASPCA, Claire also served as Board President of the national funder affinity group Animal Grantmakers, which she led through a period of major programmatic and financial growth. Prior to her tenure at the ASPCA, Claire worked in the fields of fundraising and web design at the Foundation Center, the world’s leading source of information on institutional philanthropy. Claire started her career in W. W. Norton’s textbook publishing editorial division. She earned a B.A. in Psychology from Oberlin College and lives in Manhattan. Her personal blog, The Lion’s Share, provides philanthropy-related resources for organizations that better the lives of animals. 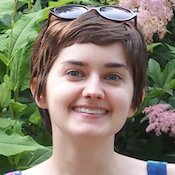 Liz Walch, Humane Education Instructor, works in multiple Chicago Public Schools educating elementary-aged children about animal protection, human rights, and environmental ethics. She has been a volunteer at a local animal shelter in Chicago, and also has been a summer camp counselor at a farm animal sanctuary, working with young people to encourage respect and reverence for farm animals and appreciation for the outdoors. Liz received her B.A. from the University of Illinois at Chicago and certificate in animal studies from Humane Society University. She received her M.A. in humane education from Valparaiso University.