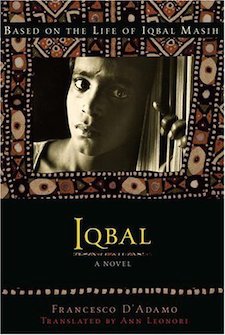 Description: When young Iqbal is sold into slavery at a carpet factory, his arrival changes everything for the other overworked and abused children there. It is Iqbal who explains to them that despite their master’s promises, he plans on keeping them as his slaves indefinitely. But it is also Iqbal who inspires the other children to look to a future free from toil…and is brave enough to show them how to get there. This moving fictionalized account of the real Iqbal Masih is told through the voice of Fatima, a young Pakistani girl whose life is changed by Iqbal’s courage. 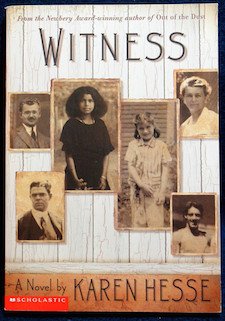 by Karen Hesse
Ages 8 and up

Description: Leanora Sutter. Esther Hirsh. Merlin Van Tornhout. Johnny Reeves . . . These characters are among the unforgettable cast inhabiting a small Vermont town in 1924. A town that turns against its own when the Ku Klux Klan moves in. No one is safe, especially the two youngest, twelve-year-old Leanora, an African-American girl, and six-year-old Esther, who is Jewish. In this story of a community on the brink of disaster, told through the haunting and impassioned voices of its inhabitants, Newbery Award winner Karen Hesse takes readers into the hearts and minds of those who bear witness. 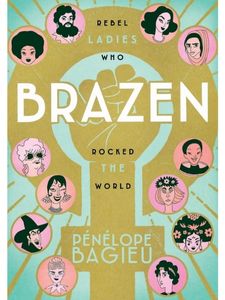 by Pénélope Bagieu
Ages 10 and up

This graphic novel tells the stories of brave, world-changing females, some of whom are familiar to readers while others are less known.

I Am Malala: The Girl Who Stood Up for Education and Was Shot by the Taliban 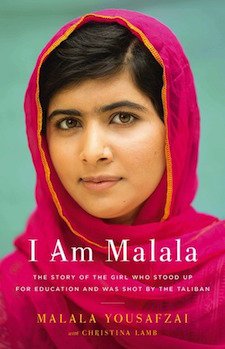 by Malala Yousafzai and Christina Lamb
Ages: 10 and up

When the Taliban took control of the Swat Valley in Pakistan, one girl spoke out. Malala Yousafzai refused to be silenced and fought for her right to an education. On Tuesday, October 9, 2012, when she was fifteen, she almost paid the ultimate price. She was shot in the head at point-blank range while riding the bus home from school, and few expected her to survive. Instead, Malala’s miraculous recovery has taken her on an extraordinary journey from a remote valley in northern Pakistan to the halls of the United Nations in New York. At sixteen, she became a global symbol of peaceful protest and the youngest nominee ever for the Nobel Peace Prize. I AM MALALA is the remarkable tale of a family uprooted by global terrorism, of the fight for girls’ education, of a father who, himself a school owner, championed and encouraged his daughter to write and attend school, and of brave parents who have a fierce love for their daughter in a society that prizes sons. I AM MALALA will make you believe in the power of one person’s voice to inspire change in the world.

A Young People’s History of the United States: Columbus to the War on Terror 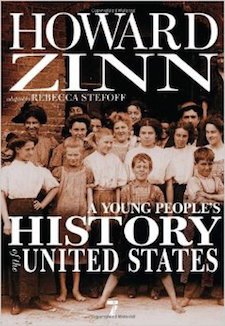 by Howard Zinn
Ages: 10 and up 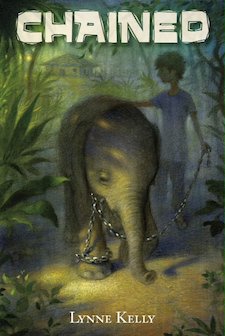 Description: After ten-year-old Hastin’s family borrows money to pay for his sister’s hospital bill, he leaves his village in northern India to take a job as an elephant keeper and work off the debt. He thinks it will be an adventure, but he isn’t prepared for the cruel circus owner. The crowds that come to the circus see a lively animal who plays soccer and balances on milk bottles, but Hastin sees Nandita, a sweet elephant and his best friend, who is chained when she’s not performing and hurt with a hook until she learns tricks perfectly. Hastin protects Nandita as best as he can, knowing that the only way they will both survive is if he can find a way for them to escape.

The Absolutely True Diary of a Part-Time Indian 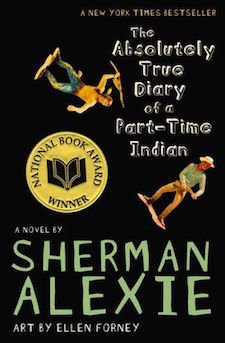 by Sherman Alexie
Ages: 12 and up

Description: Bestselling author Sherman Alexie tells the story of Junior, a budding cartoonist growing up on the Spokane Indian Reservation. Determined to take his future into his own hands, Junior leaves his troubled school on the rez to attend an all-white farm town high school where the only other Indian is the school mascot. Heartbreaking, funny, and beautifully written, The Absolutely True Diary of a Part-Time Indian, which is based on the author’s own experiences, coupled with poignant drawings by Ellen Forney that reflect the character’s art, chronicles the contemporary adolescence of one Native American boy as he attempts to break away from the life he was destined to live.

Anne Frank: The Diary of a Young Girl 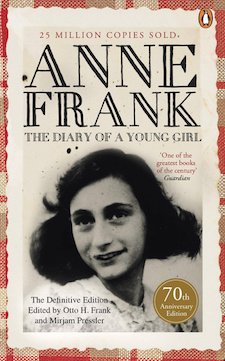 by Anne Frank
Ages 12 and up

Description: In 1942, with Nazis occupying Holland, a thirteen-year-old Jewish girl and her family fled their home in Amsterdam and went into hiding. For the next two years, until their whereabouts were betrayed to the Gestapo, they and another family lived cloistered in the “Secret Annex” of an old office building. Cut off from the outside world, they faced hunger, boredom, the constant cruelties of living in confined quarters, and the ever-present threat of discovery and death. In her diary Anne Frank recorded vivid impressions of her experiences during this period. By turns thoughtful, moving, and amusing, her account offers a fascinating commentary on human courage and frailty and a compelling self-portrait of a sensitive and spirited young woman whose promise was tragically cut short. 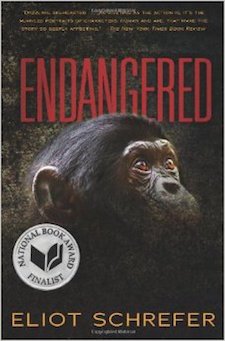 Description: When Sophie has to visit her mother at her sanctuary for bonobos, she’s not thrilled to be there. Then Otto, an infant bonobo, comes into her life, and for the first time she feels responsible for another creature. But peace does not last long for Sophie and Otto. When an armed revolution breaks out in the country, the sanctuary is attacked, and the two of them must escape unprepared into the jungle. Caught in the crosshairs of a lethal conflict, they must struggle to keep safe, to eat, and to live.

We’ve Got a Job: The 1963 Birmingham Children’s March

by Cynthia Levinson
Ages: 12 and up 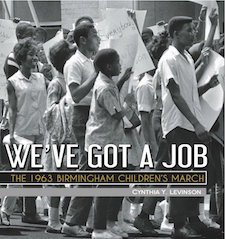 Description: In 1963, the Civil Rights movement was falling apart. After a series of setbacks across the south, the movement was losing direction and momentum. No southern city was more divided than Birmingham, Alabama, home of the infamous Bull Connor. Dr. Martin Luther King conceived an ingenious plan: fill the Birmingham jails by arranging a series of public protests at which participants would be arrested as a result of their nonviolent action, paralyzing the city and drawing national and world attention to the horrors and injustices of segregation. But the stakes were too high for much adult participant in the movement: job loss, jailing, and quite possibly even death. Instead, against Dr. King’s better judgment, young people led the protests. 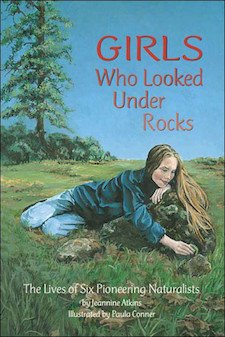 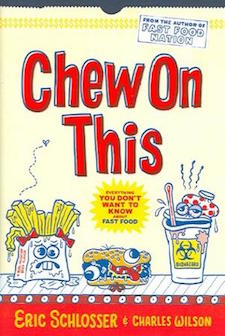 Description: In the New York Times bestseller Chew on This, Eric Schlosser and Charles Wilson unwrap the fast-food industry to bring you a behind-the-scenes look at a business that both feeds and feeds off the young. Find out what really goes on at your favorite restaurants—and what lurks between those sesame seed buns. Praised for being accessible, honest, humorous, fascinating, and alarming, Chew On This was also repeatedly referred to as a must-read for kids who regularly eat fast food. Having all the facts about fast food helps young people make healthy decisions about what they eat. Chew On This shows them that they can change the world by changing what they eat. 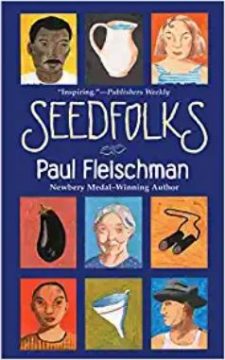 by Paul Fleischman
Ages: 13 and up

A Vietnamese girl plants six lima beans in a Cleveland vacant lot located in a diverse neighborhood of immigrants. A sense of community sprouts and spreads, and thirteen speakers share their stories and bring to life the founding and first year of the community garden. 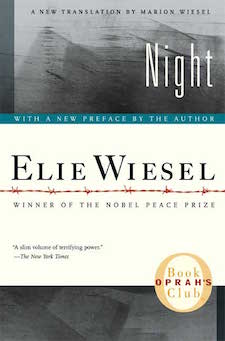 by Elie Wiesel
Ages: 14 and up

Description: It is 1944. The Jews of Sighet, Hungary are rounded up and driven into Nazi concentration camps. For the next terrible year, young Elie Wiesel experiences the loss of everything he loves — home, friends, family — in an agonizing journey through Birkenau, Auschwitz, Buna, and Buchenwald. The greatest tragedy of our time, told through the eyes of a 15-year old boy. 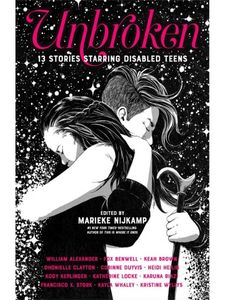 by Marieke Nijkamp
Ages 14 and up

This book contains 13 fictional stories written by people with a wide range of disabilities, encouraging a broadened world view and appreciation for the joy, struggles, and unifying nature of their tales. 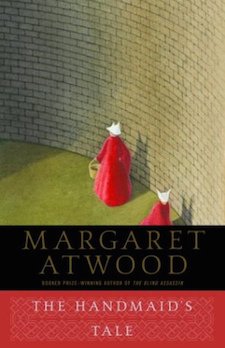 by Margaret Atwood
Ages: 14 and up

Description: When a Fundamentalist religious group gains power and implements a Fascist government in the United States, a social class of handmaids is created. Stripped of her former identity, Offred tells her tale of being reduced to her reproductive capabilities. She relates her sadness, her yearnings, and her memories of when she had her own life.