Saving one [animal] will not change the world, but surely for that one [animal], the world will change forever. Every Animal Has a Story

Anyone involved in animal rescue has experienced situations in which part or all of an animal’s story was a mystery, wondering, “Where did you come from?” and “What was your life like before you got here?” You may recall a time when you looked into an animal’s eyes and said, “I wish you could tell me your story.” Sometimes we get the whole story, but many times we just don’t know from whence they came.

Those of us who have worked at an animal adoption center or a farm animal sanctuary may recall times when we found animals who were left tied outside our organization’s doors. We didn’t know what happened to these animals prior to their arrival, but usually they were sick, cold, and hungry. We were thankful that they were now with us, and we hoped that they had not been there too long before we found them. We of course gave them any veterinary care they needed, and always wished for them to have a full recovery after such a traumatic experience.

These situations are unfortunately all too common. In our Telling Their Stories download, youth will learn about animal rescue and then put themselves in the paws, feathers, hooves, or scales of an animal who is in need of rescue by writing a narrative based on the Telling Their Story worksheet. They will imagine what their life is like before and after being rescued, practicing perspective-taking by thinking about how the animal might feel and think in a given situation, and considering what would happen to them.

It is important to encourage youth to look at situations from an animal’s point of view because they will gain a better understanding of how they can treat animals with kindness and respect. In delving into an animal’s perspective through writing, we strive to increase students’ empathy for animals and, in doing so, reduce the number of animals in need of rescue. Through a nonfiction passage, students will learn about a tiger who was saved from a roadside zoo and brought to a sanctuary. Students will discuss how they feel about wild animals who are living in captivity and used for entertainment.

A Happy Home for Every
Dog and Cat Students will learn about animal abuse, companion animal homelessness, and puppy mills. They will also discuss solutions to these issues, such as responsible animal guardianship, spaying and neutering, and animal adoption.

By comparing and contrasting animal images and stories, youth determine which animals are experiencing the Five Freedoms -- and therefore living in a physically and mentally healthy environment -- and which animals are not. After youth learn about animals who were rescued and brought to a sanctuary, consider providing them the opportunity to do a service learning project, such as this activity making enrichment toys to send to rescued chimps. Nikki, a mother pig, recounts the harrowing story of how she escaped a factory farm, gave birth, and was brought to Farm Sanctuary, where she and her piglets could peacefully live out their lives. In this fourth volume of the Vet Volunteers series, readers follow Brenna, Maggie, and Zoe to a manatee rescue center in Florida that is struggling financially. They learn how to save the endangered manatees, and the rescue center too.

Please share your feedback to help us improve the Network!​ 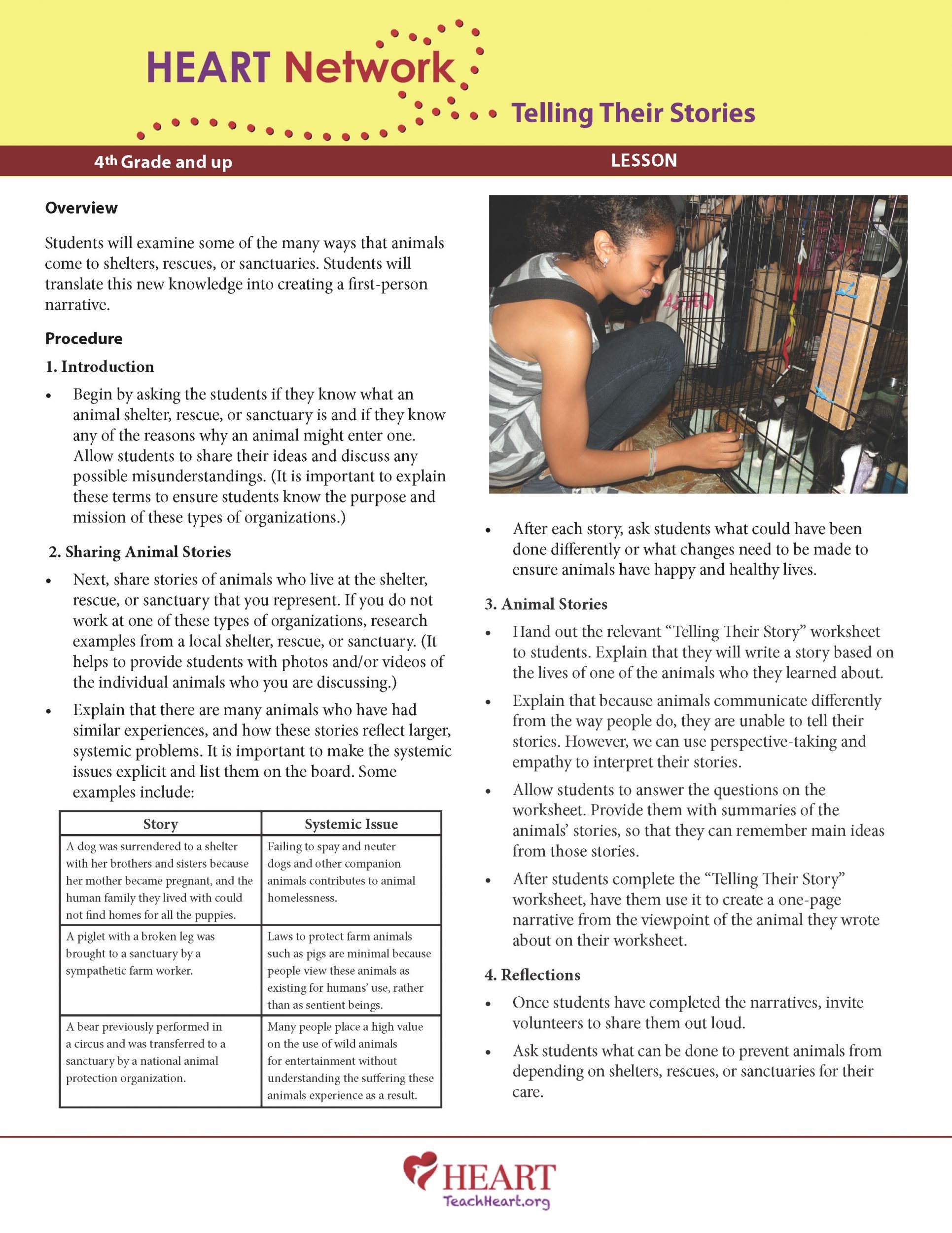